A Destination for Culture, Art and Commerce

From the moment Ed and Eva Warren opened the doors of their new building in December 1896, the Opera House took its place as the “grand lady” of the Greenfield town square. With its expansive windows, oxidized copper accents, and distinctive turret, the three-story brick structure served as a landmark for culture and commerce. 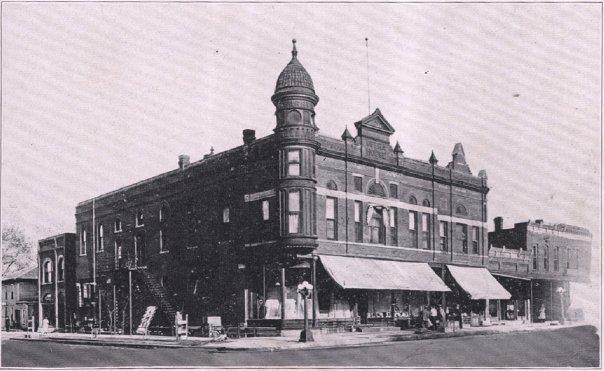 Edward Earnest Warren was born in New London, Iowa, on March 31, 1862. He was educated at the private New London Academy. In 1879 Edward moved to Greenfield and was employed by A.P. Stephens & Company for two years. He was then transferred to the company's store in Creston for two years. Mr. Warren returned to Greenfield in 1883 as a partner under the firm's new name of "Fuller, Warren & Company.” Edward, together with his brother F.C. Warren, purchased the business in 1886 and called it "Warren Brothers Company.” In 1889 Edward became the sole owner of the business.

In 1884 Edward married Eva Mary Viers from Fontanelle, Iowa. Eva was born in Washington, Iowa, in 1863. The two began a life-long partnership.

The Warrens built their new store and opera house in 1896, in company with John J. Hetherington, a Greenfield banker, on the site of the original Adair County Courthouse, which had been destroyed by fire. 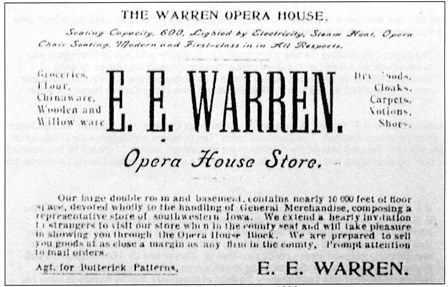 While the upstairs Opera House awaited its seating installation, the downstairs store held its Grand Opening on December 1, 1896. At 7:30 p.m. the curtains on the storefront windows were raised and the crowd rushed the door, breaking it from the force. A string quintet provided live music for the eager shoppers.

In 1913 the business officially became the "Warren Dry Goods Company.” Eva worked as the company's bookkeeper.

For decades the Opera House drew theatrical troupes, musical performers, and local acts. But as times changed, so did entertainment tastes. Silent movies were the rage for a time, with a live pianist playing form the piano pit. The last documented act of the era was presented in 1930. After that, the theater hosted only occasional community events such as graduations, dances and basketball games. By the late 1940s the theater space fell into complete disuse.

The building was placed on the National Register of Historic Places in 1979.

The ground floor continued to house retail businesses into the 1990s.

Efforts to restore the building to its former grandeur began in 1994, when Yvonne Schildberg purchased the property and deeded it to Main Street Greenfield. In 2000 the non-profit E.E. Warren Opera House Association was formed to take ownership and oversee what became a $6.2 million renovation. 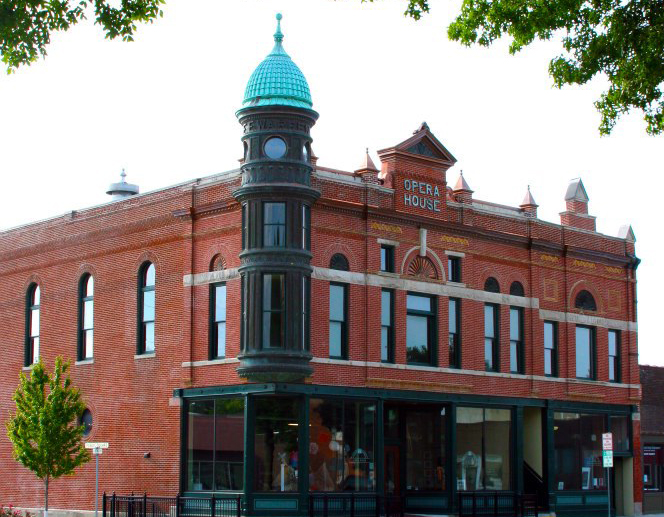 Through the work of historical restoration experts, the auditorium and other rooms have been returned to their original grandeur. The Warren Cultural Center opened its doors in Spring 2012 and now serves as a multi-use facility, hosting meetings, receptions, weddings and overnight guests, as well as performances, in its historic rooms.